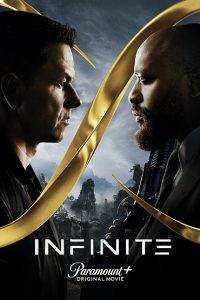 I can see now why certain movies go direct to streaming, a fate certainly befitting of this sci-fi misfire. While director Antoine Fuqua’s reincarnational action-adventure certainly serves up an intriguing metaphysical premise, its execution leaves much to be desired. In an age when many humans have learned how to recall their past lives with remarkable clarity, they have taken opposing views of this capability – one camp believing it provides an opportunity for mankind to learn life lessons that leave the world a better place with the other seeing reincarnation as an inescapable trap with no hope for nothing better – a difference of opinion that has led to conflict between the two sides. The exploration of this idea is indeed an interesting one, but, unfortunately, the story through which it is told consists of a string of implausible, overlong and not terribly interesting action sequences, as well as the plodding performance of Mark Wahlberg and the stunningly hammy overacting of Chiwetel Ejiofor. And what’s with all the mascara? Makeup is something that’s supposed to be invisible, not glaringly obvious or garish, but these characters often look like they’re made up for a ’70s glam rock performance. It’s regrettable that this vehicle underperforms in light of what it has to work with as a starting point, but that’s what can happen when the wrong elements are brought together. And why movies like this end up premiering on the internet instead of in theaters.