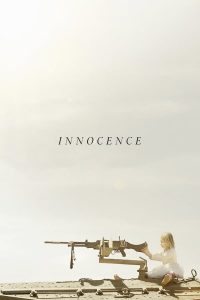 The loss of innocence – in virtually any context – is a disappointing, heart-wrenching affair. But, when such a tragedy is writ large, as it is in director Guy Davidi’s poetic but profoundly sad and quietly infuriating documentary about the Israeli government’s heavy-handed indoctrination of its youth for its compulsory military service program, that message comes through with an undeniably enraging impact. With virtually no alternate option available for conscientious objectors – of which there is a steadily growing movement among the country’s young population – 18-year-old men and women are forced into either enlisting or facing disgrace and/or imprisonment. And those who are unable to devise a suitable alternative frequently resort to desperate acts to take away the personal pain they suffer in trying to comply with their obligations but are incapable of doing so. Told through home videos and voice-over narrations of the writings of those who tried to fit in but couldn’t, intercut with footage from training exercises, government propaganda and battlefield images, the film presents a chilling portrait of an inflexible, merciless military that seeks to brainwash its youth into service, regardless of what their conscience will allow or even whether they’re fundamentally capable of carrying out the role of soldiers. As one objector poignantly observes, if the youth of the nation can’t change a system like this, who can? And, to expect otherwise is unrealistic, leading only to its perpetuation, of which youthful enablers are, unfortunately, willingly contributing to. That’s a strong statement – and one that rings true throughout this powerful release.