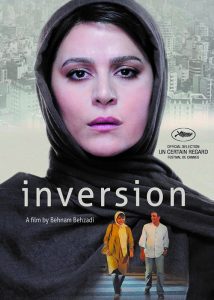 Though somber and slow-moving at times, this 2016 domestic drama from Iranian writer-director Behnam Behzadi (now available for streaming) spotlights the attempts at imposing economic, career and living arrangement decisions on single women by their families, especially those who are married, and by men in particular. Such is the life faced by Niloofar Pirasteh (Sahar Dowlatshahi), a responsible, self-reliant, unmarried career woman when she’s arbitrarily saddled with the primary care of her aging, health-challenged mother by her two elder siblings, who claim family and financial responsibilities as the reasons for not stepping up to do more. To complicate matters, mother’s doctor recommends that she move out of Tehran due to its severe smog problems and the impact they have on her severe respiratory issues, a relocation that will necessitate Niloofar having to pick up and move as well, unwillingly forcing her to leave her life and business behind. The result is a build-up of stress, anger and frustration that’s about to explode in a culture where such venting by women is rare and looked upon with shock and disdain. This story of inspiring assertiveness in the face of unfair oppressive conditions is sure to light a fire under those who may otherwise be reluctant to do so, one that makes an impassioned case for fairness, courtesy and equal consideration, regardless of one’s gender and/or marital status. Truly an uplifting tale for women everywhere who feel needlessly put upon in simply trying to live their lives.