‘Judas and the Black Messiah’ 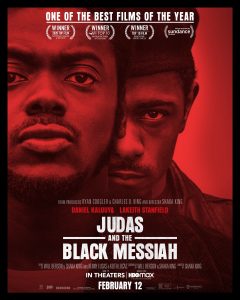 “Judas and the Black Messiah”

While it makes for a good history lesson and features fine performances by Daniel Kaluuya and LaKeith Stanfield, this tragic biopic about Black Panther leader Fred Hampton and the FBI undercover informant who contributed to orchestrating his assassination doesn’t quite reach out and grab viewers emotionally the same way that many other movies about the civil rights movement do. In part that’s due to a screenplay that feels sketchy, like a collection of events patched together but without a lot of cohesion, character development or back story. It also fails to nurture the kind of empathy a story like this should engender in light of the many tragedies and ample heartache embedded in the narrative, almost as if some secret ingredient to make that happen has been left out. This is certainly a good film but not the kind of great one to which it aspires.