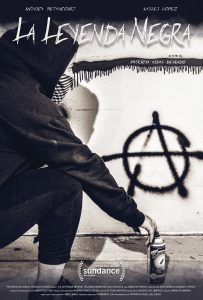 Despite strong character development and gorgeous black-and-white cinematography, this well-intentioned but unfocused story of an undocumented Salvadoran lesbian teen never manages to pick a plot line and stick to it. Is it a coming of age/coming out/forbidden love tale? A cinematic political statement? A buddy film about the adventures of a group of teenage friends? There are elements of each of these threads in director Patricia Vidal Delgado’s debut feature, but nothing gels into a cohesive, cogent whole. The potential is definitely present, as evidenced by the well-drawn and fleshed out characters, but they’re not given anything defined to do once given life. Let’s hope that the filmmaker’s future productions come up with stories to match the other fine attributes she’s mastered here.