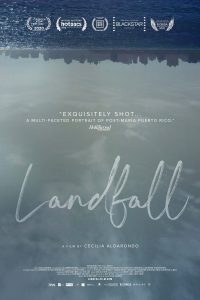 When presenting a story on film, it’s generally more effective to show, rather than to tell, viewers what’s unfolding on screen. Unfortunately, this documentary about everyday life in Puerto Rico between the 2017 landfall of Hurricane Maria and the island’s 2019 ouster of its governor because of his ineffectual crisis response simply doesn’t get the job done. Director Cecilia Aldarondo’s second documentary feature consists of a lot of talk and not much in the way of compelling footage depicting the disaster that devastated the island and the suffering left in its wake. This is compounded by the inclusion of ample extraneous and unrelated footage, further diluting the narrative. What’s more, the film also places more emphasis on the territory’s economic, political and social services turmoil than on the storm, which, despite their profound impact (some of which had been going on before the hurricane hit), is difficult to depict (and doesn’t make for particularly engaging cinema). I believe there was a sincere intent here to tell the story of the twin calamities that have seriously affected Puerto Rico; the problem is that it just wasn’t carried out terribly effectively.