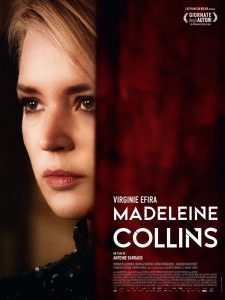 Sustaining suspense and keeping viewers guessing for nearly two hours is quite a feat, but writer-director Antoine Barraud successfully manages to do just that in his latest release, a seamless blend of two genres – psychological thriller and romantic drama. With a number of homages to Hitchcock, as well as many mind-bending tricks of his own, Barraud’s tale of a woman leading two lives – one in Paris and one in Switzerland – dangles an array of intriguing clues before his audience and always manages to confound even the most astute viewers with a parade of new revelations in seemingly every scene. However, despite the narrative’s many misdirections, the story never becomes so confusing or convoluted that it can’t be followed. Instead, the film breeds a succession of delicious “a ha!” moments, maintaining interest as the story slides into a satisfying home stretch. Credit Virginie Efira for shouldering the load here, delivering a riveting performance and making it look effortless. Indeed, if this movie were a book, it would be a real page-turner from start to finish. Don’t miss this one.