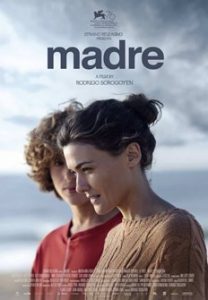 When a six-year-old mysteriously disappears, his mother is left to pick up the pieces and work through her grief. But, a decade later, when an adolescent appears who reminds her of her missing son, she’s captivated but unsure how to react, especially when he makes overtures verging on inappropriate, potential kinship notwithstanding. Such is the stage set in director Rodrigo Sorogoyen’s latest, a compelling character study that starts out incredibly strong but loses its way the further one gets into the story, particularly in matters of pacing and narrative redundancy. That’s unfortunate given the strength of Marta Nieto’s superb lead performance, along with the film’s atmospheric score and inventive cinematography. It’s certainly commendable that this offering tries to plumb new territory with its storyline, but the finished product could use some much-needed spit, polish and pruning to bring it up to speed.