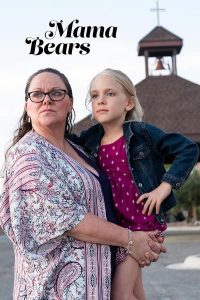 When faced with a hard choice, what is one to do? For the fundamentalist Christian mothers of LGBTQ+ children, that’s a key question when it comes to accepting or denying the truth about their kids. In many instances, the decision is often dictated by what their religious leaders say, something that’s supposed to be summarily swept under the rug quickly and easily. But, for some parents in this situation, that’s not the case, for they love their children, no matter who they may be or whatever lifestyles they have chosen to embrace. Yet, at the same time, out of fear for what their peers will say, they’re hesitant to step forward, follow their hearts and reject what they’re told to do. That’s not the case, however, for the Mama Bears, a group of courageous Christian women who have chosen to defy the dictates and do what they know is right – love and accept their kids, regardless of the consequences. Director Daresha Kyi’s superb documentary of this courageous movement follows the history of its founding, growth and activism, along with profiles of three mothers who have come to terms with their gay, lesbian and trans children and love them just the same. This inspiring film about heroic parents conveys an uplifting message without becoming indignant, preachy or heavy-handed. Rather, it shows that love is love and deserves to be respected no matter what form it takes – and regardless what the close-minded of society may think.