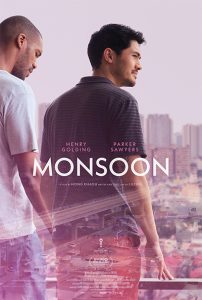 This oh-so-subtle examination of a Vietnamese refugee’s return to his homeland after 30 years in London languishes in such painful understatement that it’s nearly impossible to decipher what director Hong Khaou was going for. Is it a discourse on the life of a man without a country, culture or legacy? A travelogue on how much modern-day Vietnam has changed since the days of the war? An attempt to reconnect with family on home turf despite, oddly enough, having spent a life with them overseas? An on-again/off-again interracial, international gay love story about a romance that’s startlingly open in a country often criticized for its pervasive homophobia? Elements of all of these story threads are included but with seemingly no glue or direction to bind them, resulting in a narrative that’s more often confounding than enlightening. Whatever the point was supposed to be here, it’s camouflaged under heaps of gorgeous cinematography, long lingering shots of pensive emoting and trivial incidentals that add precious little to the story. What’s more, for a film titled “Monsoon,” there are no literal or metaphorical deluges that permit the finished product to live up to its namesake.