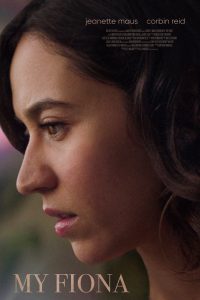 Those left behind in the wake of a loved one’s suicide often struggle to cope with their feelings and attempts at healing, especially when the death comes unexpectedly. These are the circumstances faced by the wife and young son of a woman who kills herself without warning. As the survivors attempt to pick up the pieces, they increasingly draw upon the support of the victim’s best friend, a life-long companion, confidante and business partner who gradually ingratiates herself into the lives of the grieving family members, a relationship that simultaneously becomes ever-more intimate yet intensely strained. Director Kelly Walker’s debut feature is a generally touching affair, despite occasional bouts of over-the-top melodrama and a few questionable plot choices, sensitively telling a story that none of us should have to face. The fine ensemble cast and largely authentic writing lend themselves well to this emotive production, successfully avoiding the traps of becoming manipulative or overly sentimental, clichés that are easy to fall into with material like this. A fine first effort from a new directorial talent.