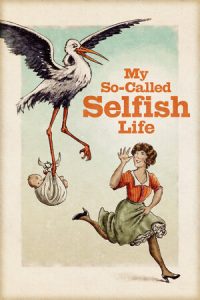 A woman’s life isn’t complete until she has a child and becomes a mother, right? Well, that may be the traditional view, but, is it still true today? And, for those who have opted to go the childless route, why is there such a strong backlash against their decision? Don’t they, as adults, have the right to make up their own minds? In light of this, director Therese Schechter, who has intentionally chosen to forego motherhood, decided to make a documentary on the subject, examining all of the implications involved, including those of a cultural, personal, familial, vocational and lifestyle nature. Through interviews with physicians, sociologists, researchers, advocates and women who have purposely chosen to go childless, intercut with clever animation and clips from movies and TV, the filmmaker presents an insightful look at the options today’s women have – choices that previous generations largely lacked, an outlook that enabled the prevailing view about motherhood to become so firmly entrenched. While this offering may ruffle some feathers among traditionalists, the film nevertheless gives a big, polite middle finger to those who try to dictate terms to women based on arguments that amount to little more than “Because I said so.” A real eye-opener, especially for those who continue to believe they have no choice in the matter.