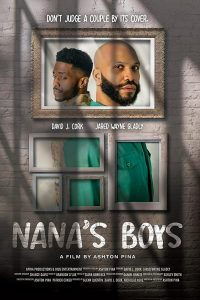 Breaking up is hard to do (or so they say). In any event, that’s something no one would get from watching this largely improbable offering about an African-American gay male couple whose relationship is teetering on the brink. When a sudden and massive explosion not far from their New York apartment unexpectedly throws the partners into a mandatory lockdown, their confinement leaves them to confront one another, a process full of revelations that accelerates their assessment of their circumstances and hastens a decision about how to proceed. In all sincerity, it’s a story that seems to have its heart in the right place, but, unfortunately, the writing is so implausible and unconvincing that it’s difficult to believe that this is a couple potentially on the verge of collapse, despite the alleged sensitivity it’s trying to convey. The characters sound more like they’re reciting scripted dialogue than engaging in believable conversation, and they often behave more like they’re on a date than wrestling with the course of their future. In many ways, this comes across like a more dramatic, reworked gay version of “Scenes from a Mall” (1991), only with fewer characters and staged in a more confined space (and about as compelling and credible as its more comedic predecessor). Writer-director Ashton Pina’s debut feature truly plays like a first-time effort, one sorely in need of a hefty dose of realism, not to mention a little less overacting and a soundtrack that doesn’t sound like it was pulled from a made-for-cable TV movie. Sadly, situations like this are often messy and ugly, and their depiction shouldn’t be glossed over with the kinds of polite, make-nice tropes that riddle the narrative and screenplay here, painful though that truth may be.