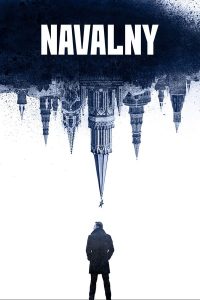 Uncovering evidence of scandalous political corruption can be quite a feat. Doing so when it involves those at the highest level of power can be revolutionary, making it possible to reform an existing regime. But exposing a plot by ruthless autocrats to clandestinely murder the competition in a supposedly fair election is downright appalling. Such is the case in director Daniel Roher’s damning HBO documentary chronicling the efforts of a team of intrepid investigators who surreptitiously collect evidence of a calculated assassination attempt sanctioned by Russian President Vladimir Putin against opposition candidate Alexei Navalny. When the anti-corruption activist and presidential contender fell ill and nearly died from an attempted poisoning using the Novichok nerve agent, foul play by those at the highest levels of Russian politics was strongly suspected, but definitively proving it was another matter. However, while Navalny recovered in Germany, he began diligently looking into the matter with the assistance of a team of journalists and other colleagues. What they found was truly disturbing, but catching the culprits red-handed with bona fide proof was comparably astounding, setting off an international firestorm in advance of Navalny’s much anticipated, potentially dangerous return home to Russia. The filmmaker captures all of this intrigue as it happens, making for a captivating watch, one that should trouble – and rouse – anyone concerned about fairness, justice and common human dignity. It’s a work that simultaneously inspires and infuriates and, regrettably, shows just how much more work we have ahead of us as a species to address fundamental issues that shouldn’t even require a second thought.