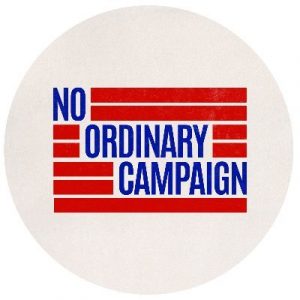 Getting the word out about a worthy cause is often an uphill battle. And, when that cause is one where those affected by it have a tremendous sense of urgency associated with it, there’s no time to lose. So it is with those afflicted with ALS, the degenerative neuromuscular illness better known as Lou Gehrig’s Disease, a condition that has historically had a 100% mortality rate, usually within two to five years. What’s more, it’s a disease whose victims have often been ignored in terms of adequate research funding, affordable caregiving options and available clinical trials, circumstances that former Assistant US Attorney Brian Wallach found unacceptable when he was diagnosed at age 37. Together with his wife, Sandra, and a band of fiercely devoted supporters, Wallach launched a broad-based campaign to change the ballgame for ALS patients, particularly in terms of eliminating the financial and government policy roadblocks that have traditionally kept them from advancing their cause within realistic time frames. Director Christopher Burke’s latest documentary feature details Wallach’s determined efforts to raise the profile of this devastating condition and to secure changes in the way it’s addressed legislatively and by government agencies like the FDA. The film’s powerfully persuasive message makes a strong, heartfelt case for support of this cause but without becoming manipulative or maudlin. It presents a detailed chronicle of Wallach’s campaign, backed by a series of interviews with ardent backers like President Barack Obama, Sen. Dick Durbin (D-IL), Rep. Mike Quigley (D-IL), and Chan Zuckerberg Foundation philanthropists Priscilla Chan and Mark Zuckerberg, as well as footage of joint ventures conducted with Team Gleason colleague and fellow ALS sufferer, former NFL star Steve Gleason, subject of the moving documentary “Gleason” (2016). This fine offering will definitely move you, not only with a sense of compassion, but also with an unexpected sense of humor, qualities that are assured to fill viewers with a tremendous sense of hope – almost as much, in fact, as Wallach holds out for himself and those like him.