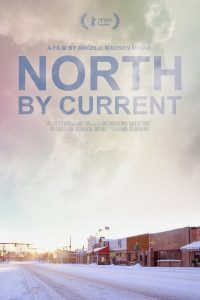 It’s indeed gratifying when a documentary attempts to takes an unconventional approach in telling its story, presenting a work of nonfiction in an unexpected way. That’s particularly true for offerings that have highly personal components associated with them. However, to pull off such a result, the director of such an undertaking must have a clear vision to make things work, something that’s decidedly missing in this title created for the PBS series POV. Transgender male filmmaker Angelo Madsen Minax’s account of his dysfunctional Mormon family in a small western Michigan town spans five years, documenting events coming in the wake of the death of his two-year-old niece under mysterious circumstances. It’s a tragedy that brought a number of troubling issues to light – some legitimate, others falsely hatched out of sloppy investigative work, but all of which led to an array of painful outcomes. In telling this story, though, the filmmaker seeks answers that aren’t readily forthcoming, his attempt at making sense out of things coming up short, and that’s clearly apparent in the finished product, one that often makes little sense of its own. The attempted fusion of straightforward storytelling with poetic observations, home movie clips from his upbringing, arthouse cinematography, and lofty philosophical musings simply doesn’t work. The picture often feels like it’s reaching to make a statement that it’s unable to define for itself, leaving viewers more puzzled than enlightened. This experiment is certainly commendable for its artistic audacity, but the result is frequently inscrutable. As a nominee for the Independent Spirit Awards’ Truer Than Fiction prize, it’s apparent that the director possesses a singularly distinctive perspective, but he obviously needs to clarify it in a more accessible way in future projects to engage audiences rather than frustrate them.