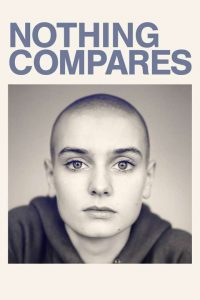 Being ahead of one’s time can be a dual-edged sword. On the plus side, it can get you noticed. And, on the downside, it can get you noticed, but not necessarily in a positive light. Such was the experience of Irish pop star Sinéad O’Connor, who exploded on the music scene in the late 1980s and early 1990s. The musical sensation became known for one of the most distinctive set of pipes in the business, with an ability to jump octaves in a single bound and to be able to go from a soft whisper to a banshee scream at the drop of a hat. But, as director Kathryn Ferguson’s new Showtime documentary illustrates, O’Connor underwent a fall from grace that unfolded almost as quickly as her stratospheric rise, a change driven by a string of unpopular public protests against the Roman Catholic Church, American and Irish government policies, and cultural practices that ran afoul of her views about militarism, abortion rights and other hot button issues. She became a pariah, unable to get airplay for her new music and even facing death threats. Her gestures were seen as acts of career suicide, none of which fazed her, given that she couldn’t in good conscience stay silent. But, as she faded into obscurity, her views gained ground, eventually leading to changes in line with those opinions. Indeed, she truly was ahead of her time, and this film examines that history in detail through archive footage, interviews with the artist and observations from those who knew her during her meteoric rise, her subsequent fall and her resurgence as both a performer and social activist. And, as the film capably shows, in the end, nothing truly compares to her.