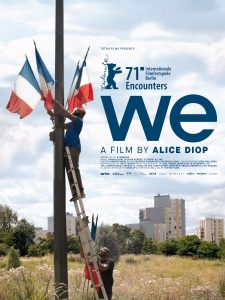 There are slices of life, and then there are slices of life. Director Alice Diop’s attempt at capturing one such slice is the stuff of this new documentary that, unfortunately, is little more than contrived exercise in trying to translate “Fanfare for the Common Man” into a cinematic experience. This offering seeks to elevate the everyday and ordinary to an exalted level of grandeur, but the subjects the filmmaker chooses are, for the most part, patently mundane and uninteresting. The link connecting them (and only marginally at best) is a train line that runs from north to south through the City of Paris. However, there’s precious little tangible connection between the subjects and the glue that supposedly binds them other than a few station shots and periodic glimpses of train cars running by in the background. The result is a failed, disjointed release that makes one long for when the credits will finally roll.