Skip to content
Home/‘Prayers for the Stolen’ (‘Noche de fuego’) 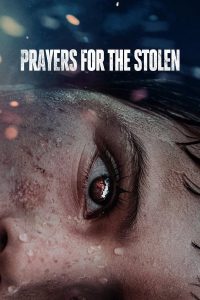 Growing up is difficult enough even under the best of circumstances, but, for the children of a small mountainous Mexican village in the poppy field region, it’s nearly impossible. Threats from indiscriminate herbicide spraying, rampant violence, brutal drug cartels, the kidnapping of young girls for sex trafficking, ubiquitous protection rackets, and the sometimes-reckless, sometimes-dubious practices of police and military personnel all have everyone on edge, especially children and adolescents who struggle to keep from being caught in the cross-fire. And, for a young girl being raised by a single mother who receives no financial support from their absent husband/father, the only ones in her corner are her friends and teachers, who try to help her make the best of a truly bad situation. Director Tatiana Huezo’s debut narrative feature presents a sensitive yet gritty depiction of the cruelty and unfairness of what the embattled protagonist is up against. The picture genuinely feels more like a documentary than a work of fiction (understandable given the filmmaker’s extensive work in that genre), depicting its material in brilliant, incisive, gorgeous cinematography. Admittedly, the production begins to drag a bit in the second hour, but that’s incidental compared to the other fine attributes of this work, a well-deserved Cannes Film Festival winner and Independent Spirit Award nominee. It’s unfortunate that such a disturbing topic makes for such a moving film, but this is a classic case of art doing a world of good to draw attention to a subject sorely in need of being addressed – and, one would hope, corrected.