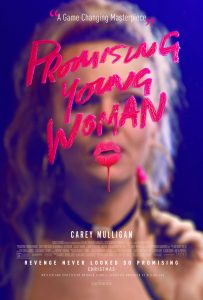 While it aspires to make a profound statement about the mistreatment of women, this dark comedy/revenge thriller unfortunately misses the mark in several key areas and, sadly, ends up sending a message that makes its vengeful victims look no better than those who victimize them. Insufficiently explained story elements and an awful, overlong ending detract even further, scraping some of the glossy polish off this otherwise-stylized offering. To its credit, the superb, award-worthy performance of Carey Mulligan and the film’s occasionally inspired writing help to elevate this picture to a level above where it might have otherwise landed, but, regrettably, that’s not enough to save this attempt at cinematic nobility. Don’t buy into the hype; it’s not worthy of the excessive praise.