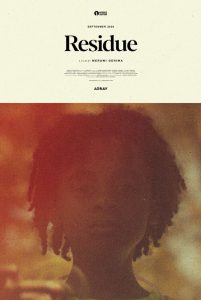 This heartbreaking indictment of the downsides of gentrification evokes a decidedly powerful emotional response, but its disjointed storytelling approach leaves viewers wanting for greater clarity. When an aspiring Black screenwriter returns to the Washington, DC neighborhood where he grew up to pen a script about his upbringing, he’s overwhelmed by the many changes that have taken place since he left and moved to California, most notably the pronounced shift in local demographics and the scattering of his childhood friends. Memories of his past flood back as he attempts to process the situation, an experience that incites an incendiary slowburn. While director Merawi Gerima’s attempt at putting an artistic spin on this story is noteworthy, the approach doesn’t work much of the time, leaving audiences scratching their heads trying to figure out exactly what is going on. The mix of present-day action and flashbacks becomes so cumbersomely jumbled at times that it’s easy to lose sight of – and interest in – what’s transpiring on the screen. A number of story threads remain woefully underdeveloped as a consequence, despite the elegant cinematography employed to depict portions of them. This offering would have been far more impactful if a more straightforward narrative approach were employed, something this debut filmmaker may want to consider for future projects.