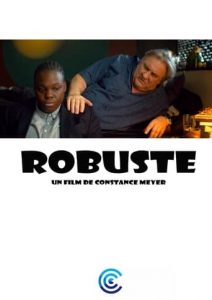 When an aging, eccentric, cantankerous actor with health issues and a host of insecurities loses his body guard to several weeks’ personal leave, he’s flummoxed by the arrival of his replacement – a young female amateur wrestler who doubles as his protector. Much to his surprise, however, he quickly forms a strong friendship with his new security agent/personal assistant, one that proves mutually beneficial as he helps to bolster her career and as she helps to get his career back on track. While the narrative is somewhat predictable at times, there are ample curve balls thrown our way, too, making for a generally delightful movie experience. This gentle comedy’s greatest strengths, though, are the fine performances by Gérard Depardieu and Déborah Lukumuena, as well as the strong, credible chemistry between the unlikely duo. While some story threads aren’t developed or resolved as well as they might have been, director Constance Meyer’s debut feature is nevertheless an impressive start to what one would hope is a flourishing career.