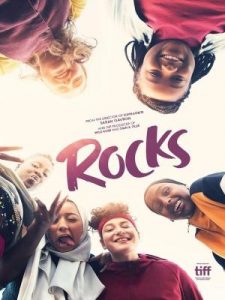 When the single mother of a Nigerian immigrant family unexpectedly abandons her children in an effort to get her head together, her teenage daughter is left to provide for herself and her young brother in a London housing project. Instead of being able to indulge in typical carefree teenage activities, she’s forced into improvising ways to keep her now-smaller family together, routinely forcing her into making questionable survival decisions. While the film definitely shines in its second half, it takes too long to find its way, becoming bogged down in far too many ancillary story threads and focusing too much on secondary characters, drawing attention away from the principal (and far more important) narrative. This is made up for somewhat by the fine performances of the stellar ensemble cast (especially lead Bukky Bakray), as well as the natural feel of the interactions among the characters. It’s unfortunate, however, that the picture’s opening half doesn’t rise to the level of what follows, an alteration that truly would have made this offering worthy of its seven BAFTA nominations.