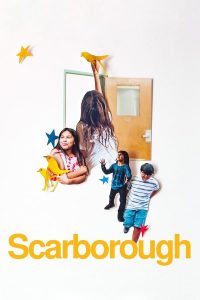 Living life on the edge may not breed much hope for the future, yet it’s amazing how often those who struggle under such conditions manage to hold out expectations for its arrival. Such is the message of this incredibly stirring release about the lives of a group of occupants of the Toronto neighborhood of Scarborough, a low-income section of the city that’s home to many immigrant and working class residents. This often-gritty, sometimes-heartwarming, occasionally heartbreaking coming of age tale focuses on the lives of four kids and their parents, all of whom become acquainted through their interaction at a literacy center run by a compassionate facilitator who does her best to provide as much assistance and support as her resources will allow. The result is a realistic but supremely touching film that exudes a spirit and magic of its own, reaching out to viewers, drawing them in and never letting them go until the lights come up. That’s quite an accomplishment for a picture with a runtime of almost 2:20:00, one that moves by at a steady pace that never sags or grows tiresome. Directors Shasha Nakhai and Rich Williamson have turned out a truly remarkable debut offering deserving of its eight 2021 Canadian Screen Awards (on 11 total nominations), including best picture, first feature, actor, supporting actress, director, adapted screenplay, casting and sound editing. This is without a doubt my favorite film of the festival, a picture truly deserving of a general release for the hope it instills even when things are at their bleakest.