‘Shang-Chi and the Legend of the Ten Rings’ 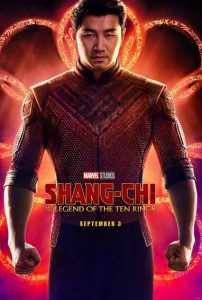 “Shang-Chi and the Legend of the Ten Rings”

For a film that I wasn’t especially looking forward to, this latest offering from the Marvel Universe certainly surprised me. While the trailer appeared to bill this as little more than a grandiose martial arts movie, director Destin Daniel Cretton’s latest has an epic quality about it, presenting a story that’s mythic in nature and infused with themes related to morality, personal evolution and coming into one’s own, qualities not often found in releases like this. The picture is essentially an origin story piece in the same vein as “Captain Marvel” and “Black Panther,” with a narrative that mirrors both of these cinematic predecessors but with better overall execution, especially in the writing and pacing. Besides its captivating story and well-orchestrated (though generally not overdone) action sequences, this offering features ample comic relief, unexpected touches of whimsy and surprisingly good performances, especially from Awkwafina, Michelle Yeoh and Ben Kingsley. While the film’s closing act is admittedly a little too drawn out, that’s a small price to pay for everything else it has to offer. “Shang-Chi” is easily one of the best films of the summer season and one of the finest additions to the Marvel Universe to come along in quite some time. Action-adventure fans will surely enjoy it, but even those generally less drawn to this genre will likely come away from this one having had a good, uplifting and entertaining time.