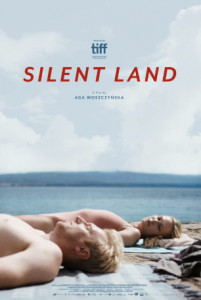 When an accident at an Italian rental villa results in the death of a maintenance worker, the incident sets off an array of moral and relationship dilemmas for the wealthy Polish couple renting the estate for what becomes a tension-filled holiday. While the accident itself raises questions related to accountability, the film slowly and simultaneously also reveals that issues of personal responsibility extend further than just what happened on the property. This is apparent most notably in terms of what’s going on in the disintegrating relationship of the protagonists, issues that also parallel those of a local couple whom they befriend. In relating this story, director Aga Woszczyńska’s debut feature subtly draws comparisons between the underlying meaning of the accident and the circumstances in the protagonists’ relationship, particularly when it comes to the responsibility we all carry with us with regard to what we contribute to the unfolding of such matters. However, while the film effectively builds suspense initially as it moves toward this central revelation, it eventually reaches a point where the narrative starts to meander in too many different directions, some of which could have been easily eliminated. Also, one can’t help but observe that, as the filmmaker’s intent comes into focus, it feels somewhat contrived – clever and insightful yet a little too deliberately planned for its own good. The result is an ultimately less-than-satisfying outcome, one that doesn’t quite match the intensely slow sizzle this drama/character study started with. Director Woszczyńska shows some promise with this first outing, but it’s clear she could stand to learn from a few more film projects as she moves toward living up to her potential.