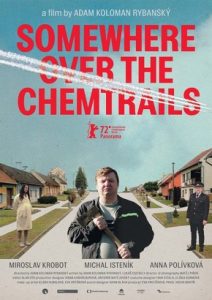 Paranoia has a habit of spreading like wildfire. So it is in this satirical dark comedy about the fear-mongering that explodes in a small Czech Republic village when a van crashes into the town square during an Easter celebration, an incident that prejudiced locals hurriedly chalk up to a terrorist attack. As the contrived explanation spreads, the townsfolk’s paranoia about other conspiracy theories blossoms as well, reaching a fever pitch where everyone is acting irrationally and creating more needless havoc than even the worst assault might have caused – as if that were even at fault to begin with. Writer-director Adam Koloman Rybanský’s debut feature reveals the work of a filmmaker with considerable promise, though this effort could use some shoring up to live up to that potential. Specifically, the picture could stand to pick up the pacing somewhat, living up to the screwball comedy that a vehicle like this was truly meant to be. Also, in conveying its message about the dangers of ignorant, undue discrimination, the story starts to get weighed down by its own heavy-handedness, putting a damper on a lot of the innate lunacy that makes the film’s premise work. Still, the picture is not without its share of fun and laughs, qualities that make for a flawed but nevertheless worthwhile view.