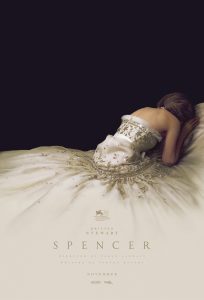 There’s a big difference between fable and chronicle, and that seems to be the point on which many viewers are misunderstanding in this historic “what if” saga about one of the world’s best known and most celebrated icons. At a time when the onetime-fairytale marriage of Princess Diana and Prince Charles was quickly dissolving, we see a frazzled woman in transition, fighting to protect her own identity and the well-being of her children under the crushing weight of traditions and expectations that did not suit her. Set during the 1991 Christmas holidays at the Queen’s Sandringham Estate, Diana struggles to be herself without completely losing it in the company of one of the world’s most distasteful and dysfunctional families. As this story unfolds, however, viewers see a side of the beloved People’s Princess that is not always the most flattering but nevertheless depicts her honestly as an authentic human being seeking to keep herself from being consumed by the toxic environment surrounding her. Of course, even though this film involves real life figures, it’s fundamentally a work of speculative fiction and makes that point clear from the very start, a statement many audience members may have missed, misunderstood, ignored or didn’t take seriously. In that regard, director Pablo Larraín’s latest is thus more of a hypothetical character study, presenting events and situations where the kinds of issues Diana was experiencing are depicted despite a lack of verified substantiation. To be sure, some of those incidents are a little melodramatic, with symbolism that can be a trifle heavy-handed and obvious at times. However, when considered within the narrative context in which they’re included, it’s understandable why they were made part of the story. In this way, much of what the filmmaker has done here for Diana is similar to what he did in “Jackie” (2016) for First Lady Jacqueline Kennedy, both pictures being about women who experienced tremendous tragedy in their lives and how they attempted to cope with their circumstances. The crowning element of this film, of course, is the positively stellar performance of Kristen Stewart, a portrayal that easily makes clear why she’s currently the leading contender to win this year’s Oscar for best actress. But there are many other fine attributes here, too, from production design to costumes to a fine supporting cast and more. It’s indeed unfortunate that this offering has become so misunderstood in a number of circles, but it truly is one of this year’s finest, as long as viewers appreciate why it is the way it is.