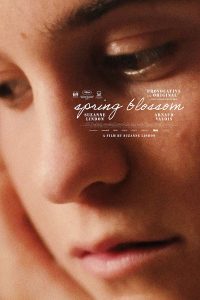 I’m completely at a loss to understand the undeserving fascination with this highly unfocused, heavily padded, meandering tale of a teenager bored with her peer group who falls in love with a 35-year-old actor. Though billed as a romance and a comedy, it’s not much of either, but then that’s probably because this isn’t much of a movie. The script is so slight that it’s hard to fathom what the real story was intended to be, due to its inconsequential dialogue, uninspired narrative and a plethora of sequences that are wholly mundane. As a consequence, writer-actor-director Suzanne Lindon’s debut feature quickly becomes a tedious bore, and that’s with a scant 73-minute runtime, too. Pay no attention to the hype that critics are lauding on this underdeveloped, meritless mess.