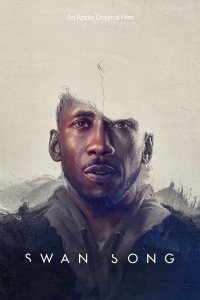 The inevitability of death – and the effort to manage (possibly even forestall) the fallout that comes in its wake – is a serious matter for us all, one that truly deserves profound contemplation, the kind that’s rarely seen in the movies. But that’s where writer-director Benjamin Cleary’s debut feature “Swan Song” steps forward. This moving sci-fi offering about a young husband and father facing a premature death, and a provocative solution to ease the blow on his uninformed surviving family members, poses a variety of deep questions and an array of moral dilemmas for a man who wants to do right but is unsure how to handle his circumstances. While the film suffers from some occasional pacing issues in the first half, it nevertheless delivers a number of affecting moments as the picture moves toward its heart-tugging conclusion, providing touching dramatic moments not often seen in films of this genre. The picture’s gorgeous cinematography and clever special effects add elements of beauty and whimsy to the powerhouse performances of its superb cast, most notably that of Golden Globe Award nominee Mahershala Ali, who turns in yet another dynamite portrayal, easily one of the best male lead roles of the year. “Swan Song” may not make for light, fluffy fare, but it certainly is one of the most thought-provoking and important films of 2021.