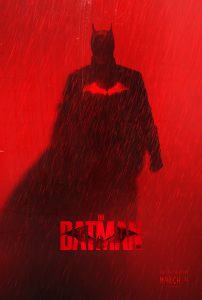 Were it not for the final hour of this vastly overlong, needlessly complicated, exceedingly derivative attempt at creating a compelling Batman noir saga, director Matt Reeves’s stab at imprinting his mark on this legendary franchise leaves much to be desired. With an opening two hours that drone on endlessly with humorless, joyless, one-note darkness, the picture manages to redeem itself somewhat in its end run, though, by that point, it’s almost irrelevant. The narrative’s overreliance on rehashed plot devices, recurrent red herrings, uninspired action sequences, pedestrian villains and a surprising distance from its comic book roots combine to turn what should be a thrill ride into a mediocre snoozy slog. Thankfully, fine supporting performances from John Turturro, Colin Farrell and Paul Dano, as well as capable production values, help to enliven this project somewhat, but, again, this isn’t enough to raise the film’s overall quality level. Indeed, the rave factor being lavished on this offering truly isn’t deserved, especially when compared to the movies in the Christopher Nolan trilogy, all three of which outclass this release at every turn. I can’t say I’m sorry I saw this, but I doubt I’ll watch it again or rush out to see any sequels that come in its wake.