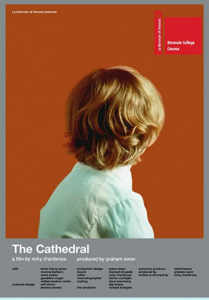 Sometimes it takes a different point of view to get a handle on the true nature of a situation. Such is the case with writer-director Ricky D’Ambrose’s third feature outing, a meditation on family life as seen from the perspective of a child of few words during his upbringing from a toddler to college freshman. As an observer of grown-ups behaving badly, he witnesses the decline of his own family’s coherence and viability over two decades, providing a microcosmic metaphor of what was happening in the country at large from the mid 80s  to the turn of the new millennium. It’s a story told with a unique collection of visuals, presenting an array of images from family celebrations to everyday events in a deliberate, documentary-esque style, intercut with footage from news stories and TV commercials from the intervening years to provide historical context. And, continuing a trend common in 2022, it’s highly autobiographical, depicting a narrative not unlike that of the filmmaker’s own middle class upbringing on Long Island and fleshed out with a fine ensemble cast, especially Brian d’Arcy James as the protagonist’s volatile, unpredictable father. However, despite the film’s refreshingly different take typical of domestic life and coming of age tales, much of this story is so slice-of-life that it tends to become mundane, if not banal. The number of overlong shots of household objects, children’s artwork, and walls, floors and doors could have easily been scaled back, freeing up screen time for more intriguing and meaningful content. The film’s voiceover narrations supplying extended back story details about a plethora of characters who can be difficult to distinguish from one another often leaves viewers in need of a scorecard to keep track of who’s who. And the noticeable lack of insight into the protagonist’s own mind can sometimes be puzzling, if not frustrating, leaving audiences genuinely wondering what he thinks about everything that’s going on around him. Unfortunately, these shortcomings undercut the inventiveness of the picture’s other fine attributes, causing the overall production to come up shorter than it might have otherwise. It takes the notion that children should be seen and not heard to a new level, reinforcing a notion that’s long overdue for change.