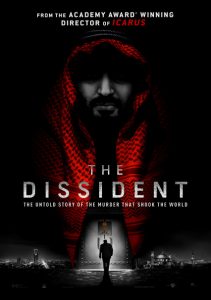 As much as we think we know about the gruesome, unimaginable murder and dismemberment of journalist Jamal Khashoggi at the Saudi Arabian consulate in Turkey, there’s more that we don’t, and it’s even more shocking than we ever thought. Director Bryan Fogel’s chilling documentary about the incident, what prompted it, and the fallout that has come from it – both politically and personally for those who knew him – is staggeringly infuriating. One can’t help but wonder how those behind this killing could be so unspeakably cruel and cold-hearted, and all over differences in opinion and outlook about the scope of democracy in the writer’s homeland. The film approaches this story from multiple angles, showing how they’re interrelated and presenting them in a layered, progressive pattern that grows ever more damning and upsetting with each new revelation. This release is one that should make us all mad while we’re watching it. How can we allow such acts to continue in this day and age? If we can’t bring a halt to such atrocities, one can’t help but wonder what kind of future we might all have.