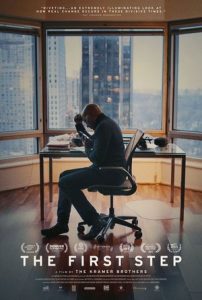 Getting things done often calls for tremendous cooperation and a degree of compromise. That’s especially true in a political context, particularly these days, where a little can sometimes get one a lot. Attorney and CNN Commentator Van Jones found that out firsthand during his efforts to help secure Congressional passage and presidential enactment of a sweeping prison reform bill during the Trump Administration, a piece of legislation – the First Step Act – that the commander in chief surprisingly supported. However, the opposition to this venture didn’t always come from the places Jones might have expected; he often faced it from constituencies that he had hoped to count on in moving the initiative forward, individuals and groups that once backed him and now even went so far as to label the life-long liberal Democrat as a sell-out and an Uncle Tom. This chiefly came about for his efforts at building bridges and consensus among disparate communities that all stood to benefit from the bill’s provisions, bringing supporters together in a spirit of purposeful collaboration. Director Brandon Kramer’s documentary about this ambitious though sometimes-controversial venture provides an in-depth look at its history, the tumultuous path Jones traversed and the inventive steps he employed in promoting its viability, as well as the personal cost to its chief advocate. The film documents how to develop a unified coalition of unlikely partners in an age of partisan polarization, a model that could readily be drawn upon to help bring about reforms in other areas at a time when gridlock has all but stalled the traditional political process. Admittedly, the material here could have been a little better organized in terms of its presentation sequence, staying a little more tightly focused and eliminating a lot of needless skipping around. However, that aside, “The First Step” delivers an important message about what’s possible when committed souls put their minds and collective efforts together to achieve a meaningful goal, something that I’m sure most of us want out of our nation’s leadership. And, in the wake of recent midterm election results, it’s something that politicians had better heed and take seriously.