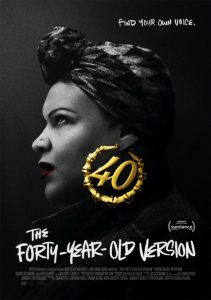 When a 39-year-old playwright’s career has woefully stalled for a decade, what does she do to get it back on track before turning 40? She decides to reinvent herself and become a rapper, one whose works reflect the views of a 40-year-old plus-size single Black woman struggling to get by – and with hilarious (and I do mean hilarious) results at that. The debut feature from writer-actor-director Radha Blank is one of the most refreshingly honest comedies to come along in quite some time, serving up big laughs throughout its two-hour runtime while simultaneously offering poignant insights about the New York arts community, society at large, being authentic and growing older. The narrative becomes admittedly a little stretched out in the second hour, but, with everything else it has to offer, who cares? Sensitive viewers are cautioned that the salty language in this one is enough to make a sailor blush, but it only serves to make the laughs even bigger throughout. Blank is off to a tremendous start with this project; let’s hope she keeps it up in future releases.