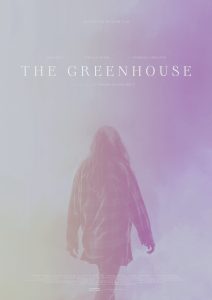 It’s a rare but truly pleasant surprise when a film about the paranormal treats its material more with a sense of wonder than horror. And, thankfully, that’s what this Australian romantic and heartfelt fantasy does – for the most part. Director Thomas Wilton-White’s debut feature tells the story of a young woman dealing with loves that were and that might have been while also working through profound grief over the loss of one her mums and the frustration of letting that death hold her back in her own life. Those issues are raised when she discovers a mysterious portal in a greenhouse on her family’s sprawling rural property, one that whisks her away to an otherworldly dimension in which she’s able to re-experience incidents from her past from a third-person perspective, giving her a new outlook on why her life has unfolded as it has since they occurred. This is a genuinely refreshing take on stories of this nature – that is, until the film needlessly incorporates ill-considered frights that undermine the narrative and sabotage the overall character of the picture. While an argument could be made in support of the inclusion of these plot devices, it seems that the purpose behind their presence in the story could have been handled differently and more effectively, especially when it comes to keeping in line with the character of the film. Introducing out-of-place scares in an otherwise mystical, emotional narrative just seems like lazy writing and inappropriate filmmaking. Had the director taken another course rather than resort to trite story elements, this would have been a true gem of a movie rather than just another mediocre genre offering.