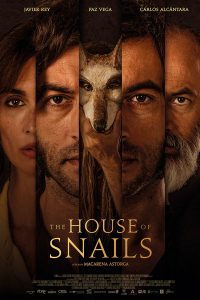 Take a pinch from every horror movie genre you’ve ever seen, order them in an incoherent sequence and add a big reveal that’s not too difficult to spot from a distance (despite attempts at throwing in misdirections or red herrings), and you’re left with this predictable, underwhelming, occasionally gratuitous Spanish entry in a genre that’s all too often characterized by these trite shortcomings to begin with. Besides the foregoing issues, the film also suffers from hammy overacting, formulaic timing for the introduction of clichéd revelations and, of course, the requisite blatantly bad decision-making typical of most horror films. And then there’s the title, which has precious little to do with what actually unfolds on screen and in many ways feels like an afterthought thrown in to keep viewers guessing at its relevance (which, by the way, is largely unsatisfying to boot). Director Macarena Astorga’s debut feature shows she truly has her work cut out for her as a filmmaker. In fact, I don’t think it’s a stretch to say that even devoted fans of this genre would probably walk away disappointed from this one.