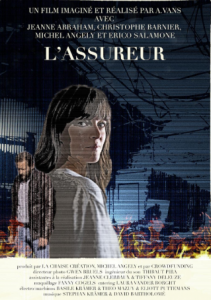 What an absolute mess of a movie. This Belgian offering from director Antoine vans can’t seem to make up its mind if it wants to be a crime caper, a rom-com, a buddy movie or some fusion of all three genres. But, to make matters worse, it’s peppered with irrelevant asides, implausible plot devices, needlessly hyped electronic graphic highlights that add absolutely nothing to the narrative and some of the worst subtitling work I’ve ever seen in a foreign film. I could go on further about this one, but I frankly don’t see the point since this is not worth wasting one’s time to watch. Quite a disappointment, given that there is a lot of material here that could easily have been worked up into something fun and entertaining, but that opportunity is lost early on in a film that never manages to recover.