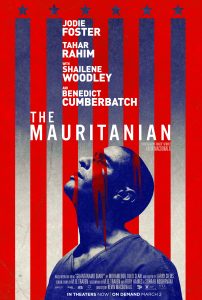 This meticulously detailed account of the erroneous 14-year Gitmo incarceration of Mohamedou  Ould Slahi, who was falsely accused of being the chief recruiter for the 9/11 terrorist attacks, exposes the sloppy, exasperating investigative tactics of a government more concerned with convicting someone than with serving justice and finding the truth. Director Kevin Macdonald’s thorough treatment of the subject clearly reflects his scrupulous proficiency as a predominantly documentarian filmmaker, exposing the cruelty of officially sanctioned interrogation atrocities and recognizing the efforts of both government and legal crusaders who fought to bring them to light. As noble as that intent is, and as infuriating as the film’s reprehensible revelations are, however, “The Mauritanian” is a little too “clinical” and a bit overlong, periodically becoming mired in excessive legal wrangling that waters down the emotional impact of the narrative. Some judicious editing and a less conventional approach to the material would have strengthened this offering, making its story and insights more compelling. To its credit, the film does make its point, and its superb performances by Tahar Rahim and Jodie Foster are worthy of all their accolades, including two well-deserved Golden Globe nominations. However, for all its precision and concern for detail, the picture fails to evoke the kind of rapt engagement from viewers that material like this should strive for. A credible attempt for sure, but one that, with some retooling, could have been better.