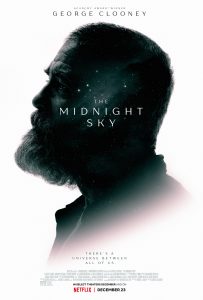 Despite an intriguing premise, flashy special effects and a few touching dialogue exchanges, this overlong bittersweet sci-fi offering about an Arctic scientist trying to warn a returning astronaut crew about an unfolding global catastrophe that’s wiping out the earth’s population trudges along at a glacial pace, subjecting viewers to a litany of cinematic sins as it limps toward its conclusion. Among those transgressions are uneven pacing, implausible action sequences, occasionally odd and inexplicable editing, poor handling of the connection between its two principal narrative threads, unbridled predictability, and a wealth of extraneous material that could have been easily snipped. But perhaps the worst offense is the boring treatment of the story; it simply lacks the gripping, dramatic nature necessary to make this material work effectively. A major disappointment.