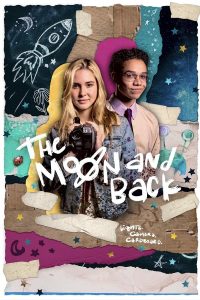 Coming of age can be difficult enough, but, when we lose someone who has been a source of valuable guidance in the midst of that process, the result can be shattering. Under conditions like that, it can be easy to lose one’s way. So it is for Lydia, a distraught high school senior who feels adrift after losing the father she adored. And those who care for her and try to steer her back on track – her mother, her guidance counselor, a neighbor and a variety of friends – seem unable to help. But, when Lydia stumbles upon an original sci-fi movie screenplay that her father wrote, the discovery finally sparks an interest in tackling something productive. She decides to make a film based on the unproduced work, but her enthusiasm is challenged when she finds out just how difficult such an undertaking can be. In doing so, she learns that, at some point, coming of age means letting go and striking out on one’s own – even leaving behind the source of inspiration who helped her get so far. Writer-director Leah Bleich’s charming comedy-drama provides viewers with a refreshingly distinctive take on material typical of this genre, providing just the right amount of heart tugs but without overdoing it, all the while serving up both laughs and serious moments that successfully avoid the clichés often found in stories like this. The narrative manages to stay on track quite well, despite a few meandering lulls, keeping the storytelling crisp and economical. And, given the excellent, incisive, edgy character development here, this offering strikes me very much as being the movie that “Lady Bird” (2017) was striving to be but could never quite get right. Indeed, “The Moon & Back” is a fun, pleasant, enjoyable little diversion, but it’s by no means a lightweight, just what a film of this stripe should be.