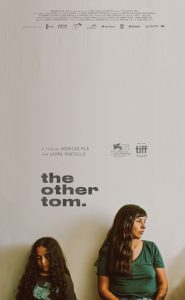 When does concerned helpfulness turn into invasive intrusiveness? For the parents of children suffering from conditions like ADHD, there’s a fine line between the two, and it can easily get crossed by allegedly well-meaning but overbearing psychiatric professionals and government agency representatives. Those are the circumstances faced by an immigrant Mexican single mother living in Texas with her hyperactive nine-year-old son. When his behavior leads to compelled drug therapy that comes with side effects and potentially serious ramifications, his fiercely determined mother becomes increasingly defiant when her choices as a parent are systematically taken away from her by those who are dismissive of her genuine concerns that her child’s treatment may be causing more harm than good. The film presents a checklist of scenarios that could occur under conditions like these, and directors Rodrigo Plá and Laura Santullo paint a compelling picture of what can happen. However, after these various situations play out, the film becomes somewhat lost in the final 30 minutes. It’s as if the picture runs out of story and doesn’t quite know how to wrap things up, an unfortunate development after what had been an otherwise-solid film. Nevertheless, this commendable offering does a fine job of conveying its core message, thanks in large part to the excellent performances of Julia Chavez and Israel Rodriguez, both of whom effectively convey the challenges and concerns faced by mother and son under circumstances like these, a cautionary tale for others who are similarly situated.