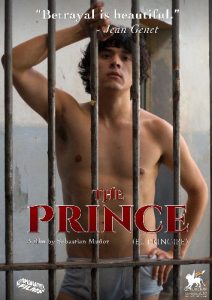 As pulpy homoerotic prison fare, director Sebastián Muñoz Costa del Rio’s gritty debut narrative feature certainly revs the hormones on full throttle, with explicit depictions of gay sex that border on soft core porn. However, as a work of artistic cinematic substance, the film never quite gains meaningful traction due to a multiplicity of unfocused story threads that never quite connect. This tawdry tale of a handsome but naïve young man who’s sent to a Chilean prison in the 1970s and quickly takes to the sleazy (but surprisingly tender) lifestyle of confinement among men chronicles his rise through the inmate ranks to become an incarcerated kingpin power broker in his own right. There’s plenty of understated camp permeating the narrative, and the picture’s production design is stylish in its own unique way. It’s unfortunate, though, that the meandering storyline doesn’t live up to everything else the film has to offer as an entrant in this specialized cinematic milieu.