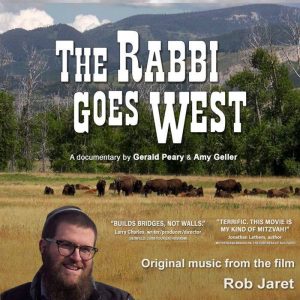 Rabbi Chaim Bruk is a man on a mission in an unlikely locale. After an upbringing in Brooklyn, the orthodox Gothamite relocates to Montana to establish the Bozeman Chabad-Lubavitch spiritual center, spreading the word about this form of Judaism to anyone who will listen, including (some would say especially) locals who already belong to other Jewish sects. His aggressive missionary practices and the traditional theology he preaches draw mixed results, including both enthusiasm and criticism, particularly from other local rabbis. This unusual and often-controversial odyssey provides the basis for “The Rabbi Goes West,” a new documentary chronicling all of Bruk’s triumphs and challenges to fulfill what he sees as his destiny and a source of salvation for everyone. The film effectively covers ground that has gone virtually unaddressed elsewhere, though it has a tendency to get a little too bogged down in the details of the religious conflicts at the expense of Bruk’s individual experience of being a stranger in a strange land. An intriguing tale that could have used some retooling to shift its focus.