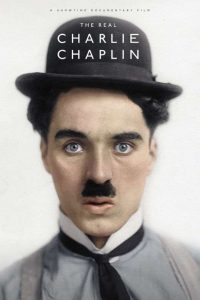 Getting a handle on an icon can be a difficult challenge, especially when it’s one so simultaneously larger than life and enigmatic as film legend Charlie Chaplin. Yet directors Peter Middleton and James Finney do a more than admirable job of bringing “the little tramp,” filmdom’s first bona fide superstar, to life through this well-crafted tribute that balances the genius and the failings of its complicated protagonist, one who was both inscrutably reclusive yet right at home in the limelight. With a wealth of film clips, archive behind-the-scenes footage, interviews with those who knew Chaplin, and re-creations of significant events in his life and career, this made-for-Showtime documentary provides more than just a rote chronicle of the comedian’s life; it offers insight into how his work often reflected his early life in London’s working class underbelly, as well as how and why he was later often seriously misunderstood when it came to his progressive social and political viewpoints. The film is admittedly a little slow to find its traction at first, but, once it hits its stride, it’s a mesmerizing piece of cinema, one that’s sure to hold viewer interest, even among those who usually have little interest in silent movies. A surprisingly good work that exceeds expectations.