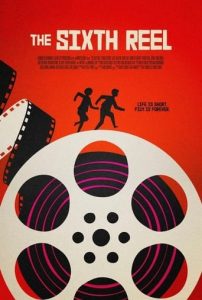 Fewer things are more painful to watch than a movie that thinks it’s funny that genuinely isn’t. Case in point: this campy, wannabe-zany comedy about a movie memorabilia dealer who comes into possession of what’s believed to be the last-surviving copy of the enigmatic Lon Cheney silent film “London After Midnight” (1927) and subsequently seeks to peddle it to a willing buyer as he’s pursued by eager thieves attempting to steal it. What should have been a screwball comedy flying by at breakneck speed, however, is instead a laboriously paced snooze with hammy overacting, lame humor, and an overall character reminiscent of a bad drag show full of trite jokes, endless clichés, predictable plot devices and rampant gay stereotypes. The film attempts to redeem itself somewhat in the final half-hour with a drastic change in tone to a more dramatic narrative, material that’s handled well, albeit largely unexpected. Unfortunately, the die is cast by this point, and this shift is far from enough to save this failed effort. Writer-directors Carl Andress and Charles Busch are capable of delivering better, and it’s a shame they didn’t do so here.