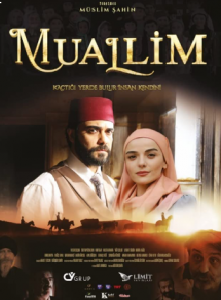 When a member of the early 20th Century political reform group Young Turks returns home to the Ottoman Empire after earning his engineering degree in Paris, his political views get him exiled by the government to a small town in Anatolia to teach school to the destitute community’s children. While there, the teacher sees firsthand why he’s fighting for reform, but he’s frustrated at every turn, with his freedom (and even his life) put in jeopardy whenever he seeks to champion his ideals and the well-being of the uneducated and exploited townsfolk. As inspiring as this fact-driven story might seem, however, the film suffers from a woefully unfocused screenplay, with a narrative that continually jumps around without serious development and punctuated by some of the corniest dialogue I’ve seen in a movie in years. Director Muslim Sahin appears to have all the makings of a good movie here, but the finished product is so far off the mark that one can’t help but wonder where it’s headed virtually from start to finish.