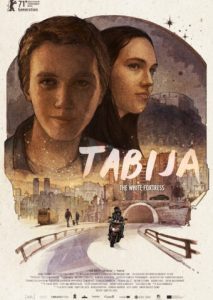 This is one of those movies where viewers wait 90 minutes for something to happen and nothing really does. Director Igor Drljaća’s latest tells the story of two Sarajevo teens from different social and economic backgrounds who half-heartedly pursue a budding romance, one that develops at a snail’s pace and somehow manages to inexplicably arise between individuals who have virtually nothing in common beyond an ability to engage in understated banter. To the film’s credit, it does a fine job developing the character of the two protagonists, but it doesn’t give them much to do. What’s more, the picture’s attempt at trying to fuse reality with fairy tale-like qualities occasionally seems promising, but it, too, often falls short of its potential. The result is a meandering, unfocused tale that always seems to hold out the promise of a payoff, but it’s one that, regrettably, never comes. This one is easily skipped.