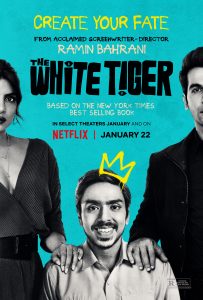 When attempting satire, one needs to make sure it genuinely works. However, in this story of an ambitious Indian entrepreneur and his tale of upward mobility, the satire is so muted that its impact rarely comes through as intended and just seems mean instead. What’s more, the film’s conclusion comes across more like the midpoint than the end of the protagonist’s story, given the long set-up employed in reaching that point. Add to that some rather implausible aspects in character development (and a complete lack thereof for a number of monodimensional players), and you’ve got a story that many viewers may find challenging to care much about. Director Ramin Bahrani’s latest is far from awful, but it’s just not terribly memorable and fails to measure up to some of his previous (and much better) works.