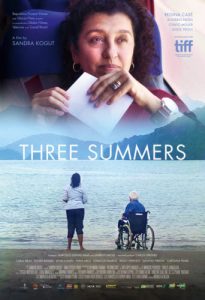 What’s puzzlingly billed as a comedy – and what probably could have been a bitingly funny social satire in the right hands – is perhaps the best way to describe this disappointing Brazilian offering from director Sandra Kogut. When a hard-working housekeeper for a corrupt and condescending wealthy couple gets caught up in an investigation of her employers’ unscrupulous ventures, she must scramble to clear her name, keep her head above water and reinvent herself. Unfortunately, despite a fine performance by Regina Casé and occasional moments of brilliance, the three episodes that tell her story are largely flat, with only sparse laughs, and inconsistent in tone, wavering between understated humor and serious drama, neither of which mesh well with one another. A missed opportunity to make a statement and entertain at the same time.